by Dood Computer and Stir Crazy 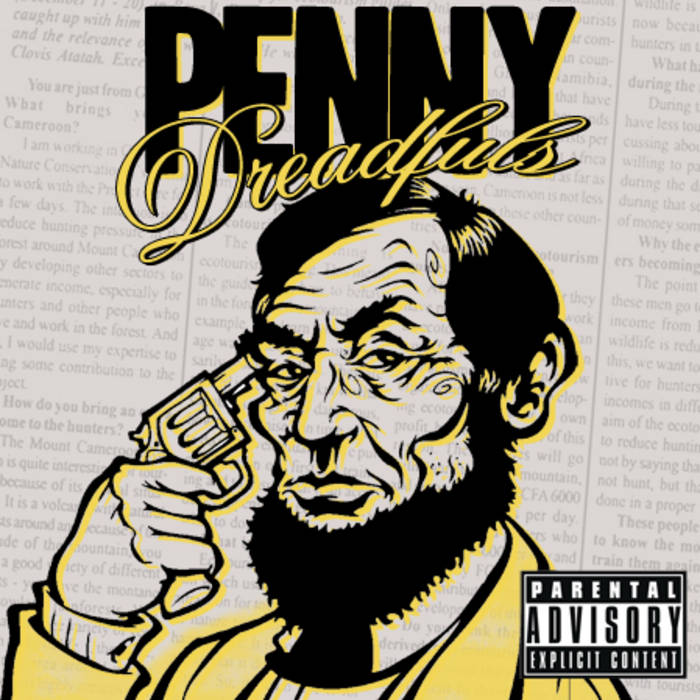 Dood Computer and Stir Crazys' long awaited release of "Penny Dreadfuls" on compact disc (CD) will be smashing your face and kicking hip hop into your eardrums!
After selling a large amounts of there release when it was only on cassette, it is time to let the world get this masterpiece into their CD players.

Each sealed CD contains at least one limited edition sticker and a chance to receive a even rarer items. This includes show used all access passes, and redemption cards for the extremely limited white cassette tape version of the album.

The first fifty (50) copies printed will also be limited with custom handmade covers by none other than Mike Destructive (painting, collage, sketch and other).
These Creative Covers are very limited to only 50. Each cover is significantly different and not one will be like another. These are not copies but original art 01/01s signed by the artist and numbered in a series.
This is a pro pressed album/release and bonus tracks exclusive to the cd will be included on ALL versions of the disk.

*Most shipments will also include a free button from Dood Computer and Stir Crazy!

Producer Stir Crazy has stamped his imprint on the music scene since 2003. His production has helped create defining tracks feat. artists such as Potluck, Bizarre (D12), Bizzy Bone (Bone Thugs N harmony), The Insane Clown Posse, Kottonmouth Kings, Twiztid, MC Eiht, Mastamind and many others. Respected beyond the genres of urban music, he has also been sought by superstars and underground legends! ... more

Bandcamp Daily  your guide to the world of Bandcamp

Featuring Gary Bartz, 5 years of Rhythm Section Intl and an LP of the week by Nicolas Jaar